Did you spot the new due dates on the tax calendar? As you begin your January payroll preparation, take into account earlier due dates for two common information reporting forms.
Forms W-2 for 2016 are due January 31 for all copies. In the past, you had to provide Forms W-2 to your employees by January 31. Now the January 31 deadline also applies to copies submitted to the Social Security Administration.
The due date for filing all copies of 2016 Forms 1099-MISC with non-employee compensation in Box 7 is January 31, 2017. For these forms, the January 31 due date also applies to both paper and electronic filing. 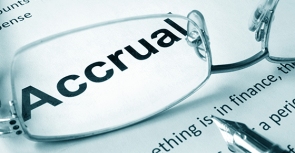 The last month or so of the year offers accrual-basis taxpayers an opportunity to make some timely moves that might enable them to save money on their 2016 tax bill.

Record and recognize
The key to saving tax as an accrual-basis taxpayer is to properly record and recognize expenses that were incurred this year but won’t be paid until 2017. This will enable you to deduct those expenses on your 2016 federal tax return. Common examples of such expenses include:
• Commissions, salaries and wages,
• Payroll taxes,
• Advertising,
• Interest,
• Utilities,
• Insurance, and
• Property taxes.

You can also accelerate deductions into 2016 without actually paying for the expenses in 2016 by charging them on a credit card. (This works for cash-basis taxpayers, too.) Accelerating deductible expenses into 2016 may be especially beneficial if tax rates go down for 2017, which could happen based on the outcome of the November election. Deductions save more tax when tax rates are higher.

Look at prepaid expenses
Also review all prepaid expense accounts and write off any items that have been used up before the end of the year. If you prepay insurance for a period of time beginning in 2016, you can expense the entire amount this year rather than spreading it between 2016 and 2017, as long as a proper method election is made. This is treated as a tax expense and thus won’t affect your internal financials.

Miscellaneous tax tips
Here are a few more year-end tax tips to consider:
• Review your outstanding receivables and write off any receivables you can establish as uncollectible.
• Pay interest on all shareholder loans to or from the company.
• Update your corporate record book to record decisions and be better prepared for an audit.

Consult us for more details on how these and other year-end tax strategies may apply to your business.

l you’ve paid in 2016 through withholding and/or estimated taxes. If you’ve underpaid, consider adjusting your withholding for the final months of the year or increasing your remaining quarterly estimate. If you employ household workers, be sure your calculations include the payroll taxes you’ll owe for them. Remember to include the 3.8% tax on net investment income in your planning too.

As the owner of your business, you are the decider of salaries for your staff. That’s true for your own salary too. While there is no one-size-fits-all formula for determining how much to pay yourself, here are two factors to consider.

● Profitability. Regularly review and update your firm’s cash flow projections to determine the salary level you can sustain while keeping the business profitable. Your compensation may be minimal as you start up your business. However, beware of going too long without paying yourself a salary, and be sure to document that you’re in business to make a profit. Why? Otherwise the IRS may view your perpetually unprofitable business as a hobby – a sham enterprise aimed at avoiding taxes. That can lead to unfavorable tax consequences.

● The market. If you were working for someone else, what would they pay for your skills and knowledge? When you’ve answered that question, discuss salary levels with small business groups and colleagues in your geographic area and industry. Check out the Department of Labor and Small Business Administration websites for salary information and national compensation surveys. In the early stages of your business, you may not be able to afford to pay yourself a salary commensurate with the higher ranges, but you’ll learn what’s reasonable.

For assistance with payroll issues or salary concerns, contact our office.

According to the 2016 Summary of Annual Reports by the trustees, the major source of funding for the Social Security and Medicare programs is the payroll tax you and your employer pay, or that you pay as a self-employed worker. In addition, about 13% of the funding comes from the taxation of social security benefits – those taxes you pay with your federal income tax return when you collect social security benefits and your income is above a certain amount. Other sources of funding come from the interest earned from the Treasury on the program assets, monthly premiums paid for Medicare benefits, and general tax revenue. 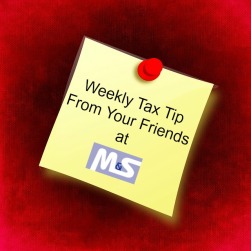 It seems like a simple question: How many full-time workers does your business employ? But, when it comes to the Affordable Care Act (ACA), the answer can be complicated.
The number of workers you employ determines whether your organization is an applicable large employer (ALE). Just because your business isn’t an ALE one year doesn’t mean it won’t be the next year.

50 is the magic number
Your business is an ALE if you had an average of 50 or more full time employees — including full-time equivalent employees — during the prior calendar year. Therefore, you’ll count the number of full time employees you have during 2016 to determine if you’re an ALE for 2017.
Under the law, an ALE:
• Is subject to the employer shared responsibility provisions with their potential penalties, and
• Must comply with certain information reporting requirements.

Seasonal workers
If you’re hiring employees for summer positions, you may wonder how to count them. There’s an exception for workers who perform labor or services on a seasonal basis. An employer isn’t considered an ALE if its workforce exceeds 50 or more full-time employees in a calendar year because it employed seasonal workers for 120 days or less.
However, while the IRS states that retail workers employed exclusively for the holiday season are considered seasonal workers, the situation isn’t so clear cut when it comes to summer help. It depends on a number of factors.

We can help
Contact us for help calculating your full-time employees, including how to handle summer hires. We can help ensure your business complies with the ACA.

If you conduct qualified research activities, you may be eligible to claim a federal income tax credit known as the “research and development” credit. This credit is now permanent and may benefit you when you design, develop, and improve business products or processes. Beginning in 2016, the research and development credit can be applied against your alternative minimum tax liability. In some cases, the credit may also be applied against up to $250,000 of payroll taxes